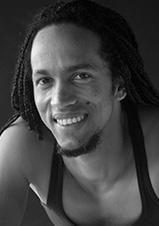 In 2001, Yuniet graduated from Escuela Nacional de Arte and passed with distinction in contemporary, folkloric and modern dance. His fi rst love of contemporary dance took him to one of Cuba’s best companies, the Codanza and Danza del Alma, where he became the lead contemporary dancer in 2003 and choreographed many pieces to great acclaim. As a member of Danza del Alma, he received two awards as best male performer in the international »Solamente Solos« contest in Holguín, Cuba. With his great love of music and Cuban rhythms, he played as percussionist in the Arter Ego band. He then worked with Corpus Espiritu Alma Company, led by Tangin Fong, and then joined Sonlar, working as a lead dancer and percussionist, touring France, Spain, and Portugal. In 2004, he joined Havana Night Show for a year. Since 2008, he has also been a member of the Cuban TV ballet company where he was also promoted to soloist dancer in 2010. Since 2010, he has been part of The Kings of Salsa cast, touring Norway, Finland, the Baltic states, Estonia, Latvia, Russia, Portugal, Denmark, and Thailand.