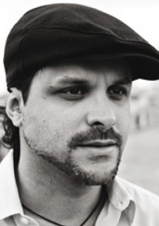 Born in Cuba, Roclan Gonzalez Chavez studied at the prestigious Escuela Nacionales in Havana, graduating in 1996 with a distinction in both contemporary and folk dance and was the only person in his class to be awarded a post-graduate scholarship to study choreography. Since then he has worked with most of Cuba‘s best known music and dance groups, including Omar Portuondo, Company Segundo, salsa big band Los Van Van and the famous Tropicana Cabaret.

He is the main choreographer of the Cuban television ballet with regular performances on TV programs and state events. For the past years, he has choreographed the national Cuban music awards, Cuba disco and many music videos for top Cuban bands. His recent international tours include choreographies for the hit shows Lady Salsa, and The Kings of Salsa, which have toured in Europe, Asia, Australia and the USA to great critical acclaim. He has also worked extensively all over South America and studied many styles from this region, from Brazilian samba and contemporary ballet to Argentinean tango. Roclan has an unrivalled understanding of salsa and Cuban dance’s folkloric roots, which he blends with breathtaking contemporary moves producing a unique dance fusion.