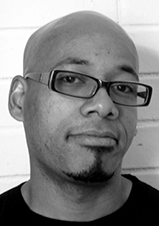 Since graduating from the Escuela Nacional de Arte  in Havana in 1999, Rayhner Lasserie Echgoy has been in high demand as a drummer and percussionist in his native Cuba. He won first prize in the category drums at La Festa del Tambor in 2002, and was engaged for four consecutive years (2005 to 2008) working with numerous artists at the International Jazz Plaza Festival and in 2006 he also played at the Eivissa Jazz Festival in Balvard, Santa Lucia.

Rayhner has recorded CDs with many artists such as Dayron y el Boom , Israel Hernandez and Juan Jose Arguilles  and Sunlightsquare Latin Combo  and has performed with artists such as Rolando Luna; Emilio Morales, Jose Luis Quintana and Tomas Ramos Ortiz, to name just a few.

Rayhner, who is the grandson of one of the greatest Cuban voices of the 1970s, Rolando Lasserie, has been the drummer for many touring productions including Havana Rakatan, The Kings of Salsa and  for the Australian tour of Ballet Revolución. It is a great pleasure to have Rayhner with us again for this current tour.