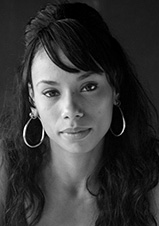 Born on July 14, 1984 in the city of Havana, Nadiezhda Valdes Carbonell wanted to become an athlete and started with rhythmic gymnastics at the age of five. In 1996 however, she changed her mind and decided to begin a career as a dancer. In 2002, she graduated from the ENA as a dancer and modern, contemporary and folk dance teacher. Later, she joined the Danzer Contemporánea de Cuba as a prima ballerina for six consecutive years and participated in workshops with Spanish Rafael Bonachela, Ana Laguna, Mats Ek, and Anastasia Lyra, among others, as well as galas, festivals, national and international tours. She has performed in major theaters such as the Peacock and Sadler‘s Wells in London, Sydney Opera House, and the Theater Carré in Amsterdam. She joined the company Rakatán and is now part of Ballet Revolución.