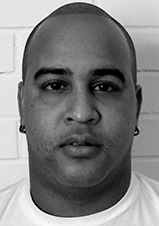 Luis Palacios Galvez graduated from the Escuela Nacional de Arte in 1998 and joined the band Carlos Manuel and His Clan, touring to Italy, Denmark, USA, Jamaica, Peru and Mexico. He has also played and toured with popular Cuban bands like Bony and Kelly; Julien Oviedo and His Live Wave and Gente de Zona.

In 2008, Luis Palacios Galvez became a member of the band for The Kings of Salsa, which successfully toured throughout Australia, Japan, the United Kingdom, Russia, USA and Germany. When he is not on tour, he is the Musical Director for the band JG.

We are thrilled to have an artist of his calibre in the band for Ballet Revolución.