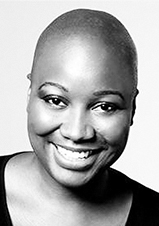 Janine is a british solo artist on the Jazz/Soul music scene and is a lead vocalist with the Westcoast Soulstars, the Cool Million Family and Urban Voices Collective and she works regularly in the music industry as a session singer. Her collaborations include: Ian Shaw, Paloma Faith, Bobby McFerrin, Take That, George Michael, Ray Davies, The Who, Kaiser Chiefs, Sarah Jane Morris, David Arnold and the list continues.

Janine is adventurous and passionate about life in general. She was living and working in Spain for 12 years before returning to London to further her music/acting career. She trained in Musical Theatre at Guildford School of Acting and has played a number of roles in Theatre and TV, the most recent being; The Harder They Come, Blues Brothers and Midnight Beast (E4).  As a singer/songwriter she has one Album; Strength, Wisdom and Growth, a freshly released EP called Passion with the second album due for release in 2016.