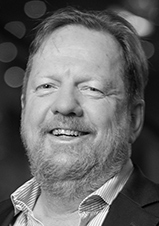 Ralf Kokemüller joined BB in 1995 and was appointed Managing Director by Michael Brenner, the founder of the group of companies, just one year later. During their close collaboration BB Group developed into one of the most successful promoters of live entertainment in Germany and Europe.

Responsible for scouting and booking, he has been in charge of numerous internationally acclaimed productions such as STOMP, Marcel Marceau and Tanguera. As CEO of the BB Group, Ralf Kokemüller upholds the BB Group’s maxim to discover new and fascinating shows and artists and to realise the high-quality shows with great passion. The productions and co-productions, whose realisation he has been able to celebrate in German-speaking countries, include musicals as Disney’s The Lion King, WE WILL ROCK YOU, the original Queen musical, the German original production of BODYGUARD – DAS MUSICAL, the Cuban musical Carmen la Cubana and innovative projects, such as Ballet Revolución. Today, Ralf Kokemüller leads a competent and passionately dedicated, growing staff, the most important asset of BB Group in addition to the company’s growing portfolio of high-end productions and an extensive international network of artists and producers.