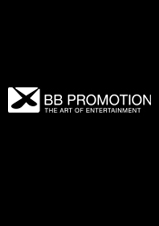 Founded in 1987, BB Promotion enriches the international live entertainment scene with its passionate commitment to a high-quality ambitious genre mix of theatre, dance and concert productions. BB Promotion is one of the market leaders in Europe in the development, marketing and realisation of national and international tours of musicals, shows and events, and is also instrumental in organising concerts and events in the west and south-west of Germany.

In 2015, BB Promotion became part of the world’s leading British theatre producer and operator, The Ambassador Theatre Group Ltd. (ATG), and has thus been able to expand its international theatre network. Under the umbrella of ATG the BB Group merged with the Mehr! Entertainment in 2018 and the new group, named Mehr-BB Entertainment GmbH was built, to which BB Promotion now also belongs.

As the co-producer of high-class dance productions, BB Promotion has been able to sign great names, such as the Alvin Ailey American Dance Theater. Globally successful stage shows, as well as musicals, characterise their portfolio, including shows like STOMP, Disney’s The Lion King or Cameron Mackintosh’s Miss Saigon. On international stages, the company stands out thanks to its innovative own and co-productions of shows, such as West Side Story, We Will Rock You, Cats, Ballet Revolución, Bodyguard – Das Musical or Carmen la Cubana, which it co-produced with the Théâtre du Châtelet in Paris. The company recently celebrated yet another success with BERLIN BERLIN The great show about the Roaring Twenties.